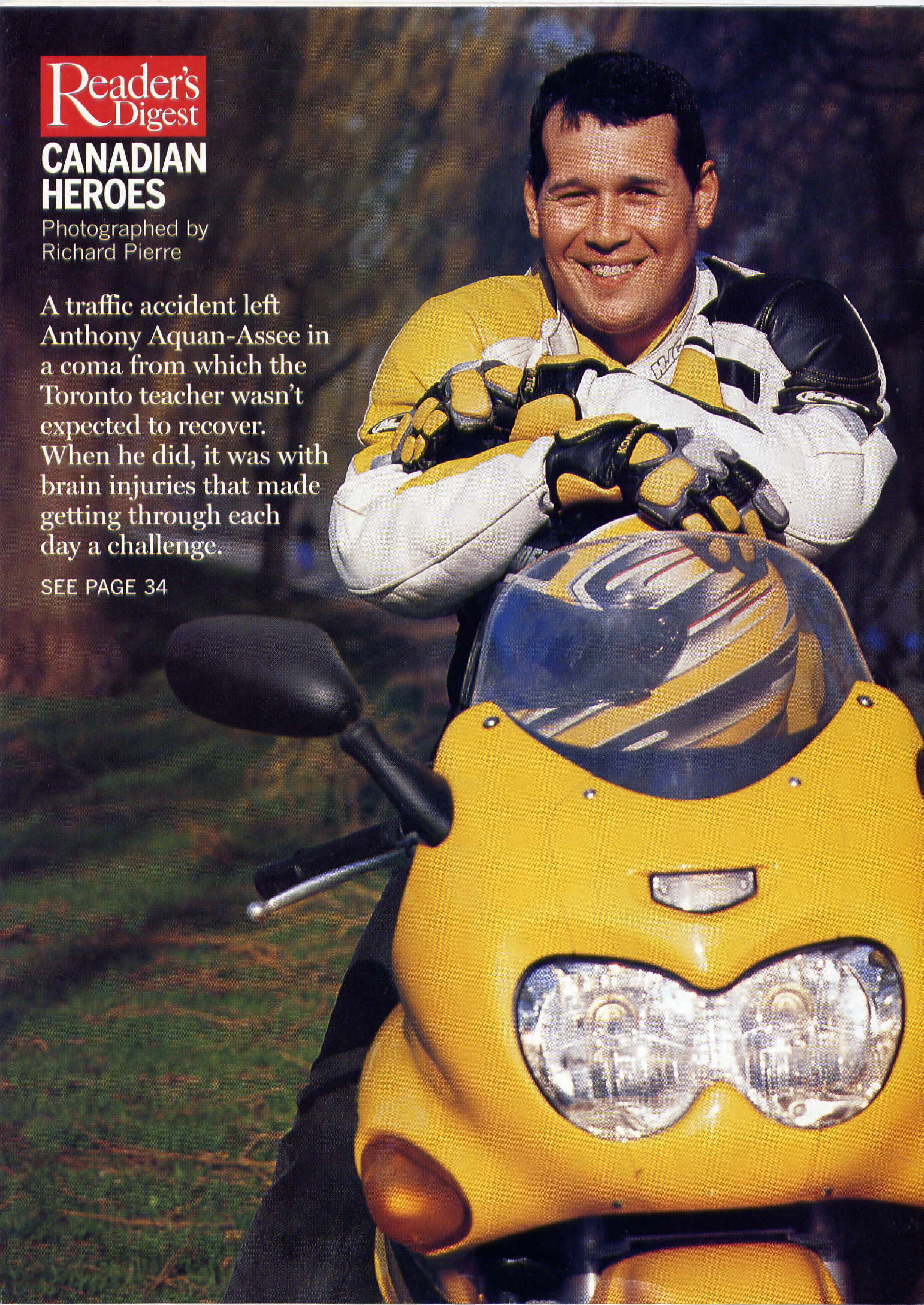 Anthony Aquan-Assee, B.Sc., M.Ed. has been an elementary school teacher in Toronto for over 20 years. He is passionate about natural health care and he works as an independent consultant teaching people about the health benefits of using various Alternative Treatments.

Anthony has written four books and given many motivational and educational presentations that received rave reviews across Canada and the USA.

He has shared the stage with some of the best doctors in North America as well as with internationally renowned speakers and authors such as Dr. Wayne Dyer.
When he’s not educating or delivering his message of hope, Anthony is exercising his brain and body to maintain his overall health. Journey with him to learn how to heal your body using Alternative Treatments.

In 1997 Anthony was training to make the Canadian Olympic Judo team to compete in the 2000 Olympics in Sydney, Australia. On his way to coach his school’s football team he sustained a severe Traumatic Brain Injury as well as many other life threatening injuries as a result of a horrific motorcycle accident. Anthony underwent numerous life saving surgeries including Neurosurgery, Open Heart surgery, Lung surgery, General surgery, Vascular surgery, Orthopedic surgery, and Plastic surgery but was not expected to live. Anthony lay in a deep coma for 2 weeks and spent one year in various hospitals. After having over 20 major surgeries, Anthony’s miraculous survival and unbelievable recovery has astonished the medical experts.

Then in 2013, Anthony sustained TWO MORE TRAUMATIC BRAIN INJURIES while at school and was forced to ‘Start Over’ again.

Anthony’s rehabilitation and recovery was made possible with the help of Alternative Treatments.

When I had my motorcycle accident in 1997 I trusted Western Medicine to heal my injuries. The only solution the doctors had for me was to prescribe drugs. The side effects of these medications made my situation that much worse and made me more dependent on these drugs. I hated this dependency and felt very disconnected from my health care, almost as if I was a helpless bystander. I refused to accept that medications were my only hope and so began my journey into the world of natural healing and alternative treatments.

Conventional Medicine in North America is bound to the pharmaceutical industry. The medical training a doctor receives in Western medical schools is more about learning which drugs to use rather than about Alternative Treatments for certain diseases. Therefore, doctors may not have adequate knowledge about possible alternatives to help treat their patients.

In this book, I highlight several alternative treatments that have helped me to heal myself naturally. They enabled me to rely on my body’s natural healing powers, as opposed to pharmaceutical drugs.